How Western influence helped the Yeltsin group to separate the ideals of democracy from the vulgar matter of ordinary people expressing their real opinions.

In the interests of democracy, Yeltsin must be re-elected regardless of what Russian voters may happen to put on their ballots.   This message was clearly spelt out in the Western media before the first round of voting [in the 1996 Russian presidential election.]. And it was surely conveyed more bluntly by more covert methods to the Yeltsin Group and to anyone who might feel inclined to make trouble. 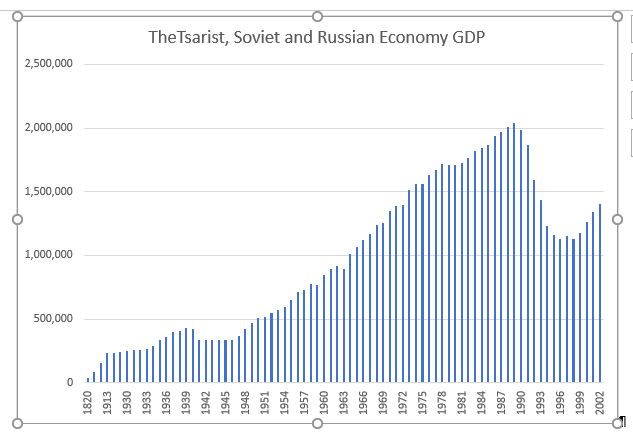 Crude fixes were OK for Albania, but for Russia something more subtle is required. Has been in preparation for some time, probably. In December’s parliamentary election, the party led by General Lebed did unexpectedly badly.   A man who looked as if he would be a serious alternative to both the Yeltsin Group and to the revived Communists was put out of action.

[The 1995 Legislative elections saw the Communists come top with 22% in the PR section of the vote. The right-wing nationalist ‘Liberal Democrats’ come second with just over 11%. The pro-Western pro-Yeltsin ‘Our Home – Russia‘ got just over 10%. The pro-Western but anti-Yeltsin Yabloko got under 7%. Lebed’s group under 5%, and also less than a rival Communist Party still looking to the vanished Soviet Union. There were a lot of small parties with smaller votes.

This time round Lebed did unexpectedly well, emerging as a serious Third Force who can merge with the Yeltsin Group and make a Yeltsin victory sufficiently credible to avoid embarrassment. From the viewpoint of the Yeltsin Group, the people with their hands on the levers of power, it could not have worked out better if someone scripted it. Which they probably did. The Independent in its editorial of 19th June 96 conceded that in previous votes “extensive ballot-rigging probably took place”. But they defends the virtue of latest elections (And Richard Nixon never told a lie.) The Independent had previously endorsed the notion that Russians freely voting for enemies of the West is anti-democratic. They have to treat the present events as fully honest until at least 1997 or 1998

The Yeltsin Group has engaged in some intelligent twisting of politics. To have excluded the revived CP completely would be to invite coup or rebellion. To have them a credible threat helps the Yeltsin group. If the West tries pushing them, they can threaten to simply fall over. The liberal Yavlinsky got just 7.4% of the vote, less than the lunatic right. It is agreed that liberals are increasingly marginalised.  [This confuses the elections of 1995 and 1916, but pro-Western elements were indeed on the way down.]

At his best, Yeltsin has more of the Leninist spirit than any Russian leader since Stalin. Banning the CP and collapsing the USSR is just what Lenin done if he was not in control of those power centres. Now the Yeltsin Group has made its own counter-revolution, a serious retreat from nihilistic right-wing radicalism. It effectively concedes that the 1993 revolt was justified and that the various factions of ex-Leninist must work together

It is only with the USSR gone that one can say anything in favour of Stalin. It turns out that he is at least as popular as Churchill in Britain or Roosevelt in USA. Khrushchev by his ‘secret speech’ broke the mainspring of Russian politics. It could not carry on with its old popular self-confident authoritarian ways. But nor could it change into anything else, Khrushchev made that very very plane with his 1956 invasion of Hungary

Zyuganov and the revived Communist Party seem to me to represent an understandable but futile regret for lost opportunities. The ordinary membership might have revived the Leninist spirit any time in the 1960s or 1970s, had not the system that Lenin and Trotsky built been such a perfect and unbreakable dictatorship in the hands of the party leadership. Lenin had many followers but no one of equal standing whom he could work with. Trotsky for most of his life was not even flexible enough to keep many followers. Stalin did no more than follow their example.

Back in May, Ken Livingstone was presenting Zyuganov as a sensible alternative to the ‘utterly corrupt Yeltsin administration’. (Guardian, 21st May). Ken Livingstone understanding nothing. There is no important difference between utter corruption and pioneering capitalism. When there are no established property rights, and socialism had broken down, the public wealth might as well be plundered by those who at least strong enough to do something with it. Corrupt Mafia-linked politics and business is morally objectionable but need not be unsuccessful – look at Italy, look at Japan. Capitalism is a very unnatural form of behaviour, and to expect the mass of the population to take to it is not very sensible. All property is theft in the beginning, and continuous squabbling over the booty of the downfallen USSR will do nobody any good

Liberalism is gibberish smoothed out by experience – the things that ought to work but fail to work are just not tried again. ‘Conservatism’ of the Thatcher type is merely Liberalism with the good intentions removed. Liberals in Eastern Europe really did believe in transcendental Selfishness. Too late they found that removing ‘unprofitable’ parts of the economy did not make it richer and better. It just made it poorer and worse, and the economy of the USSR has shrunk by at least a third during the period of ‘reform’

A free market is one in which you personally are free to do the things you feel like doing. No one outside of an economics textbook runs a free market for the benefit of just anyone who happens to come along. America is a land of protectionism and hypocrisy. Market forces would have turned Russia into a land of paupers plus a few plutocrats sitting on valuable raw materials. Now Russia is asserting itself once again

BBC Panorama, in its program Back to the USSR, had a homeless woman in Moscow complaining, “They don’t think of us as people. We’re not wanted anywhere”. Much the same as has been done in Britain, in fact, but much more drastically. And it is likely that the Yeltsin Group with Lebed incorporated will make some adjustments, make a large coalition of those who have done reasonably well out of the changes, ignoring the vast mass of the excluded that Zyuganov might have done something for. But it will probably be done slickly and cleverly, and Russia will gradually revive.

Some sort of crack-down on crime and corruption should be expected. The bigger crooks could welcome crack-down on the small fry, a closing down of cowboy outfits and a reduction of squeezes that are so gross that foreigners are put off. It will all be done the Western way, hypocritically and with vast blasts of misleading information. The losers in the recent Kremlin power-struggle misunderstood, thinking that they could get away with calling off the elections. This is not want Western interests wanted Not open suppression but a quiet plausible fix to satisfy public opinion

None of it is admirable. But what else could the Russian people wish for? Realistically, there is no other alternative except anarchy, break-down and civil war

[The pro-Western but anti-Yeltsin Yabloko is now marginal, with 3.43% in 2011. The pro-Western pro-Yeltsin groups are even more marginal and also fragmented, with the best of them getting 0.60% in 2011. Western media failed to mention this in their reporting of the assassination of Boris Nemtsov, leader of another similar fragment that was disqualified for having dead people and children among its supposed members.

[Yeltsin stepped down in favour of the previously obscure Vladimir Putin in 1999-2000. The 1998 Russian financial crisis further damaged the whole ‘reform’ process and might plausibly have given the Russian Communists victory at the next election. Putin managed to defuse it by becoming less pro-Western. Western commentators have been raging against this for years without the least understanding of why the people they liked flopped so badly.

[My view now is that corruption was unavoidable, and also happened in China‘s highly successful reform. What was crazy was the belief that abstract market forces could replace state control. In China, people mostly got rich by genuine contributions to the national wealth, under Communist Party supervision. In Russia, the Imaginary Capitalism of Adam Smith was brought nearer to realisation than before or since, and proved lethal.

[For more on the overall situation, see Feed-the-Rich Economics.]